200B ISK reached, now I can start playing the game! 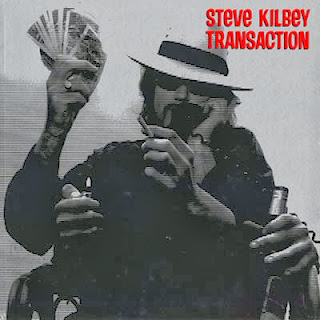 My account at evetrademaster.com says my net worth has reached 200B ISK and, notwithstanding errors in valuation, that's good enough for me. I'm pushing myself to undock and start learning PvP properly (here's a nice collection of videos about the Atron). Yes, I'm starting small, as should anyone, with cheap frigates. I may even fit some up using the piles of rat loot I have stored away, just to practice the mechanics of being in fights, which I expect to lose, without using up T2 equipment in the process.

My industry plan is to change my PI factories over to pure extraction so I can get away from the constant need to monitor buy orders at Jita, which is how I kept my costs down far enough to make consistent profit. I'm happy I did it, but having shown that I can do that I want to push myself into another area.

My three characters all have decent PI skills so I've come up with a plan to combine their efforts into one large extraction and, obviously, refining operation. It will produce less goods and profit than my current operation, but it will be entirely set'n'forget -- extract dirt, move the material around, refine to p4 and sell it. If days go by between having enough material to run a batch through, that's fine with me. I estimate it'll generate about 20M isk a day which really isn't much, but as a background task I'm interested to see if it works. I will probably train my main character to get a sixth planet too, to help this effort.

In the meantime I have agreed to become the PI organizer for our corp. We already have a number of pilots like myself happily doing our own PI operation and occasionally helping each other out. We're looking into how we can best organize ourselves and draw in our corpmates who aren't yet doing PI. I asked the /r/eve hivemind for their collective thoughts on how best to run such an operation.

I had another go at a Besieged Covert Research site using a Dominix fit my friend had used successfully. I screwed up, though, by not bringing the right cap booster charges and my ship struggled to keep its two large armor reppers running. I barely made it through the first wave of 3 Mordu's Legion battleship and, KNOWING that the second wave of five battleships were going to arrive, did I do the right thing and run away in the precious few seconds between waves? No, I did not. I stayed, got pointed and killed like the idiot I am.

I friggin' had a plan too. I had that ship ready for at least a week and the plan was to only try it with my friends on standby to help me. But I was at home sick and there was a Besieged site and nobody in local but me...."Yeah let's try it, what could go wrong?" says my addled mind.

I've rebuilt the ship and added a reactive armor hardener to improve the tank a bit. I'm not taking it out with a friend ready to bail me out though :)
Posted by Brian at 11:22 AM

Email ThisBlogThis!Share to TwitterShare to FacebookShare to Pinterest
Labels: industry