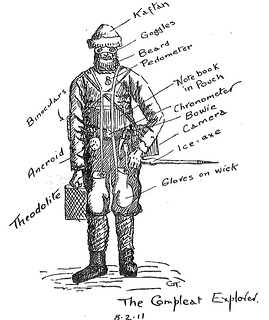 We had another very successful night of exploration yesterday. With ten people in fleet we ran three combat sites and a couple of data/relic sites in about two hours, raising over 700M in loot. We also got discovered by a pirate fleet during a relic site, but we had seen their scout and were prepared to warp out, which we did safely.

The fleet began in the aftermath of a POS bash; a sort of "who wants to go do exploration?" fleet. I had scanned down two good sites earlier in the day, but one had been run already. I got the guys started on a 3/10, a Serpentis Narcotics Warehouse, and continued probing while they ran it. I found only basic combat sites, but a relic site kept them busy while I continued probing elsewhere. I got lucky and found two 5/10 Serpentis Hydroponic combat sites in the same system and that was our main event for the night. I acted as salvage/loot guy, picking up stuff in the rooms they had cleared. I got a total of about 15M ISK of loot/salvage from the two sites, one of which I only partially cleared because I forgot to make bookmarks when I left.

I'm getting a sense of scale about what kind of combat sites you need to keep a fleet busy. Two 5/10 sites kept nine combat ships (two were logi) busy for an hour or so. Data/relic sites don't yield much, but can keep people busy while new combat sites are being located: a surprising number of pilots haven't run them either, so you can introduce them to that part of the game.

If you have time to find these good combat sites in advance, do it! A happy fleet is one that jumps from one juicy combat site to another without having to wait.

We have allies! More friendly corporations have moved into our area, which is helping keep Fliet stable in Gallente control. We are harassing nearby Caldari groups and a feeling of win is in the air.

My Jita trading character continues to pile up the ISKies. I'm still trading tattoos and clothing as my main game, but a couple of gambles have paid off. A few weeks ago the price of Occult Augmentation decryptors dropped to 6000 ISK, so I bought a bunch. They're up to 40-60K each now. It's a nice profit margin, though not a lot in absolute terms, but it has given me the confidence to try similar things on more expensive items. The general plan is this: if an item is as cheap, or cheaper than its ever been, buy a big pile of it and wait for it to go up in price. The exception to this would be an item whose price has dropped because of something CCP did, like the 'Esquire' clothing item that got handed out to everyone, flooding the market, or a nerfed gun that nobody wants any more.

Email ThisBlogThis!Share to TwitterShare to FacebookShare to Pinterest
Labels: exploration